A Pumpkin Is A Wish Your Heart Makes

For our Halloween cell this year we made an insanely detailed Cinderella carriage pumpkin! 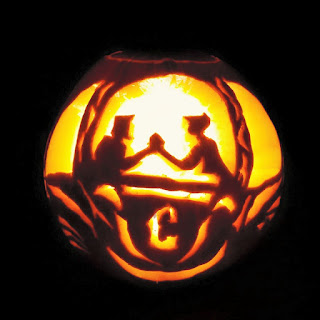 Aside from discovering some mad pumpkin carving skills and the deliciousness of roasted pumpkin seeds, we learned more about the saints through an "All Saints Bingo" activity. Who knew St. Clare of Assisi was the patroness of television (because toward the end of her life, when she was too ill to attend Mass, an image of the service would display on the wall of her cell) or that St. Francis of Assisi once preached to hundreds of birds and that they stood still as he walked among them, only flying off when he said they could leave? 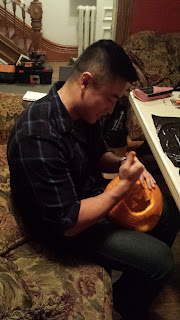 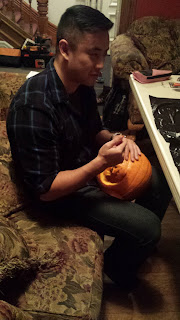 It was a fun night of pumpkin carving, warm foods that had the warm flavour of fall, bejeweled Bingo cards, and several rounds of Heads Up.

Hope everyone finds a way to make their Halloween this year spook-tastic and treat-iful. Happy Halloween!

We're all Mad in Wonderland! 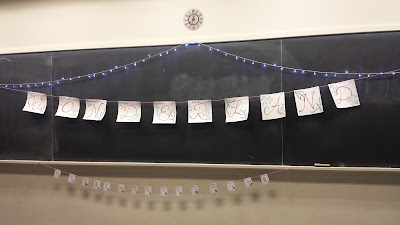 1) Transforming the entirety of Dunning 12, with all its eraser shavings and integral calculations on the board, with Wonderland themed decorations. 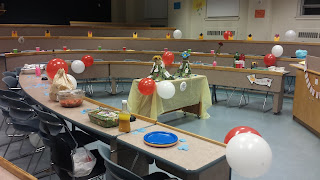 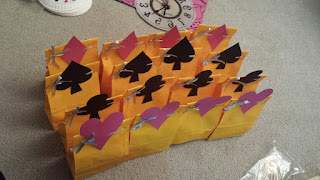 2) Hauling food from our respective homes and back and forth between Newman House to keep everything warm. 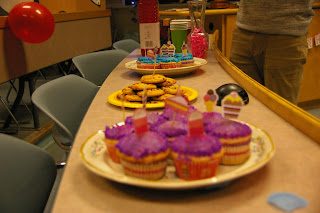 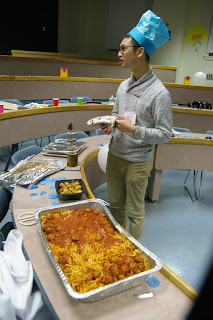 3) Showing up in costumes as awesome as this: 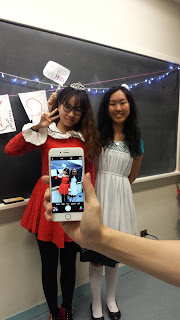 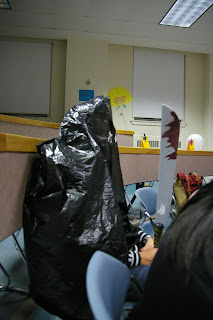 Oh, and how about this? 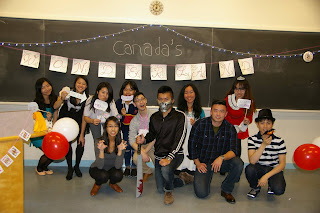 4) Successfully discovering the murderer of Tweedledee after a series of clues throughout the murder mystery dinner. (You're welcome, Wonderland Security.) 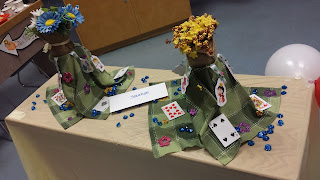 5) Successfully taking a picture where EVERYONE looked this good: 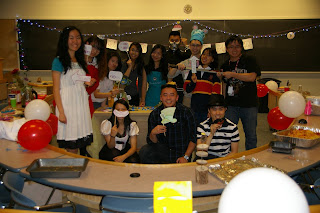 6) Leaving Wonderland "muchier" and without losing our "muchness." 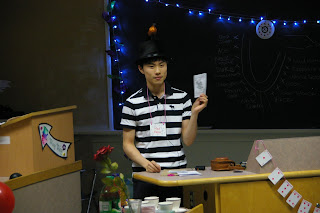 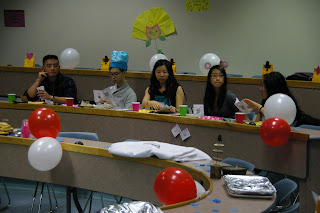 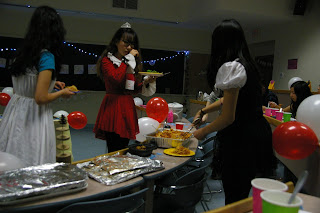 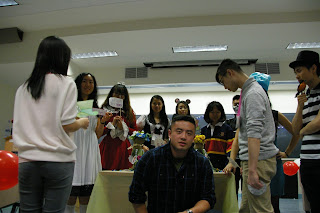 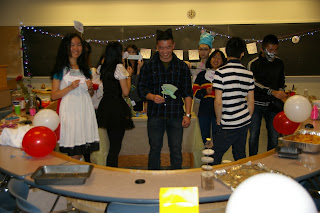 So how's that for six impossible things before breakfast?

Tonight at QCCC we played a mashup of broken telephone and pictionary! Pieces of paper with a single sentence were passed along so that the next person had to draw an image to represent the phrase. The next person would be tasked with summarizing the image in a sentence, and so on until the end of the page was reached. Needless to say, things unraveled rather quickly. "A hippo has a bubble bath" ended up as "an alien is about to abduct a cow" with some creatively interpretive images in between. We had some very eloquent writers, some very wonderful artists, and some...people that tried really hard. 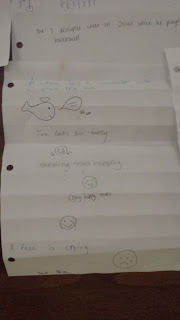 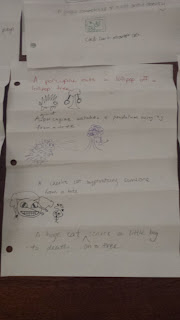 Not only did this activity provide cause for rollicking humour, it also put into perspective the daunting task of communication with God. While prayer is the channel through which we speak to Him, it isn't always easy to know exactly what He says to us. God speaks to us through signs; like the images in the activity, we need to learn to take these signs and interpret them in a coherent way. And as the activity quickly showed, each person can have (sometimes a radically) different interpretation from one another.

Of course, it wouldn't be a QCCC night without both Saintspiration and Singspiration. We learned about Saint Francis de Sales, the patron saint of the deaf (more on the importance of interpreting signs!), as well as writers and journalists. 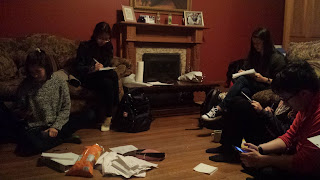 So remember to keep not only your ears and eyes open, but your heart as well. You never know when God might be sending a sign your way!