This year’s JUCCC Retreat can be summarized with four phrases: plumbing, crazy hour(s), hipster priest, and snowman roadkill. It was a packed two days and two nights, a whirlwind of taking on and off shoes twenty three times a day, but not a moment passed by that an incredible memory wasn’t created. 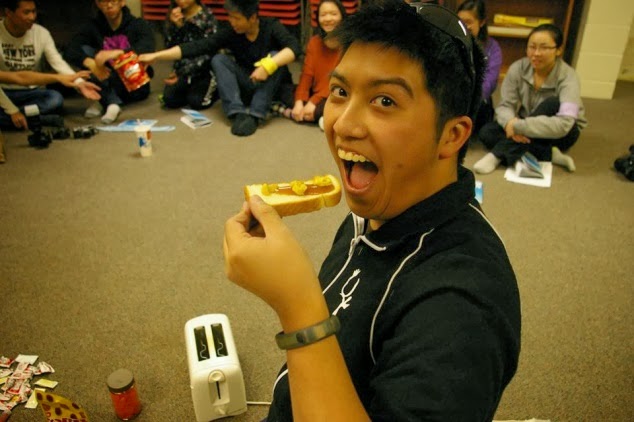 We arrived at Fair Havens Ministries on Saturday night and began our retreat with a toaster activity that doubled as an icebreaker and a midnight snack. Strange toppings that should never be seen together on toast—carrots and ketchup? bacon bits and sweet ‘n sour sauce?—were eaten by anyone who had the toast pop up from the toaster while they were answering a question.

A mini singspiration and opening mass conducted by Father Kuzma set the spiritual tone for the rest of the retreat. This year’s theme was “Faith in Action” where Father Kuzma gave several talks about the importance of mass to Catholics and the seven deadly sins. Father Kuzma was not only an incredible speaker who answered many of the questions we young people have surrounding our faith, but he was also quick to make jokes, down for jamming out on the piano during practise, and a proponent user of calling fellow male friends ‘bro’. I mean, he asked to do a group picture like this: 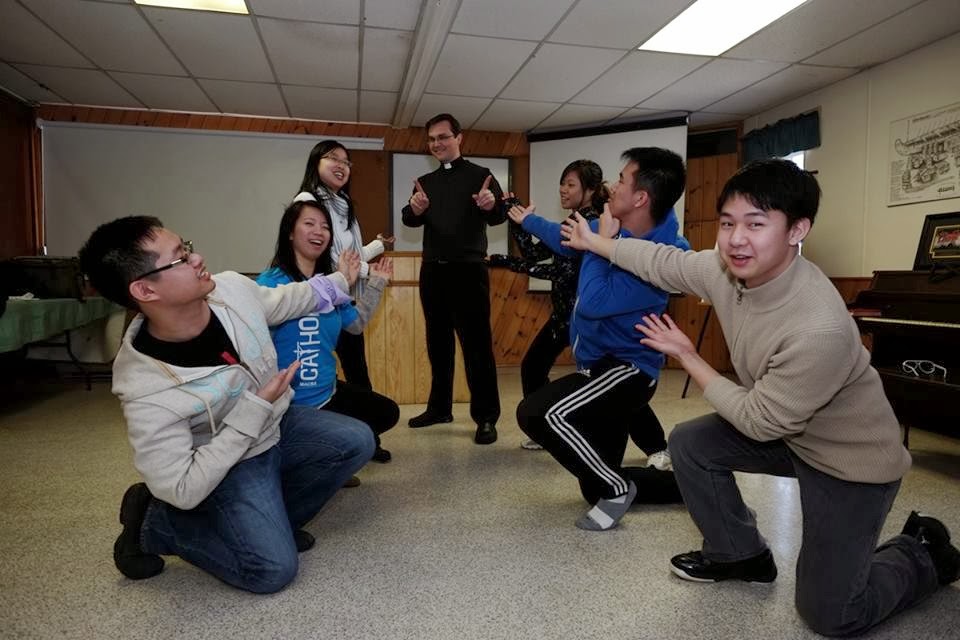 Singspiration, Divine Mercy, and Adoration music was led by LCCC (and the amazingly talented pianist from MCCC!) on Sunday, where they brought the beauty of their voices to praise the Lord in song. 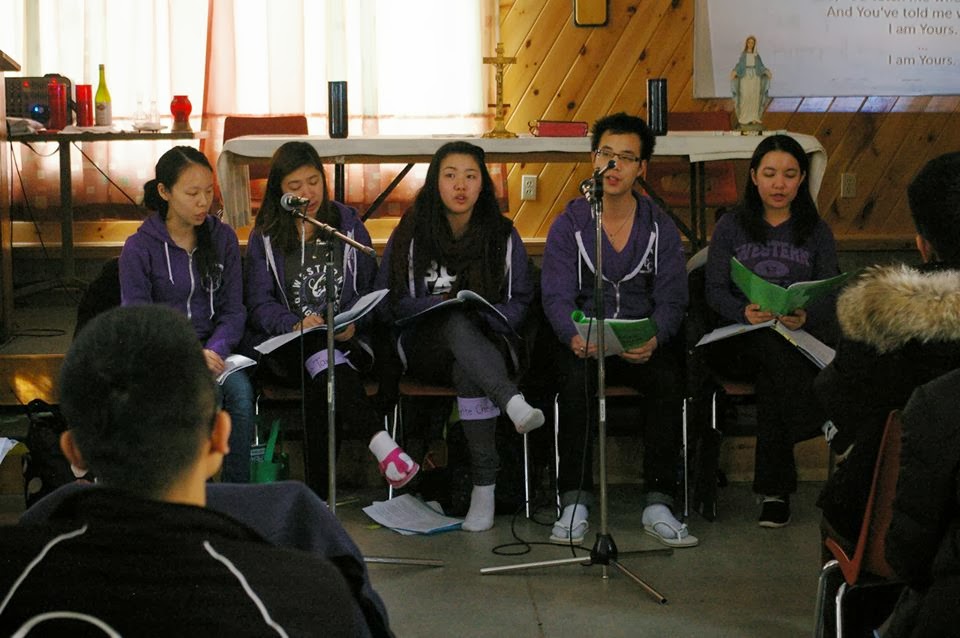 Although a plumbing incident forced all the girls to relocate lodges, this mishap allowed the wonder of God’s presence to be reflected through the way everyone pulled through together. The retreat coordinators generously provided another lodge for all the girls (one with incredibly soft mattresses, individual washrooms, and double beds), the drivers shuttled the girls between sites even if it was 3am in the morning, and everyone helped to make sure the girls had everything they needed for the night. Things don’t always go according to plan, but God certainly never leaves us stranded! 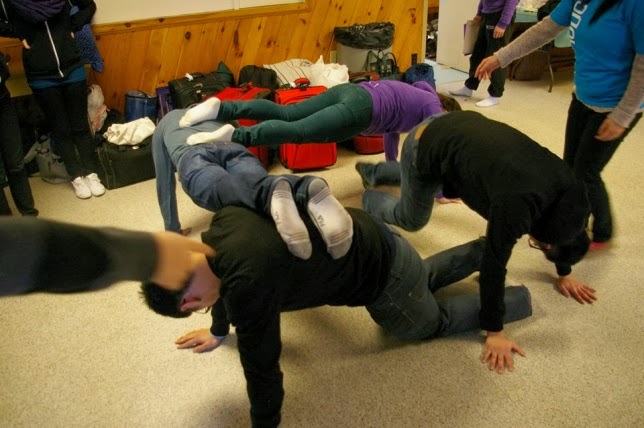 Not only did everyone grow spiritually through Father Kuzma’s talks and the liturgical aspects of the retreat (thank you, MCCC), but everyone had fun chilling, playing games, and talking till all hours of the night. Old school music was unashamedly sung throughout the night, heartfelt messages were written for one another, and some crazy muscle skills were exhibited. 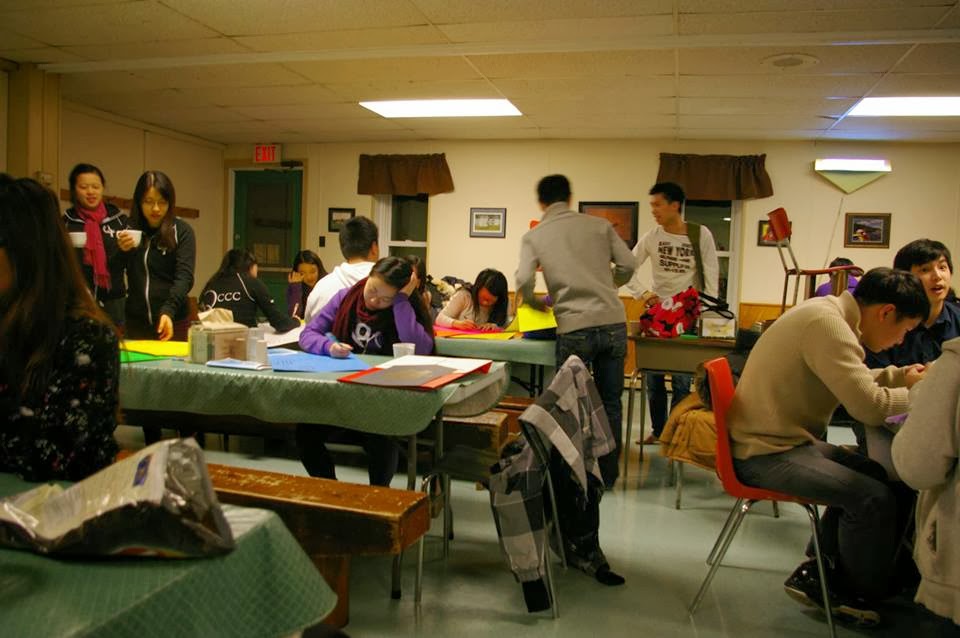 The retreat ended on Monday afternoon with many sad goodbyes—but not without a final laugh when a snowman was built and filmed as it was run over by a car (we’re not sadists, I swear). All in all, the retreat was a wonderful time for people to reconnect with old friends, meet new people, and rediscover their faith with God. With the hustle and bustle of school, we often forget what it’s like to take a break from the world and spend some time with the Big Man upstairs—and what it’s like when thirty people sing backstreet boys together at 2am in the morning! 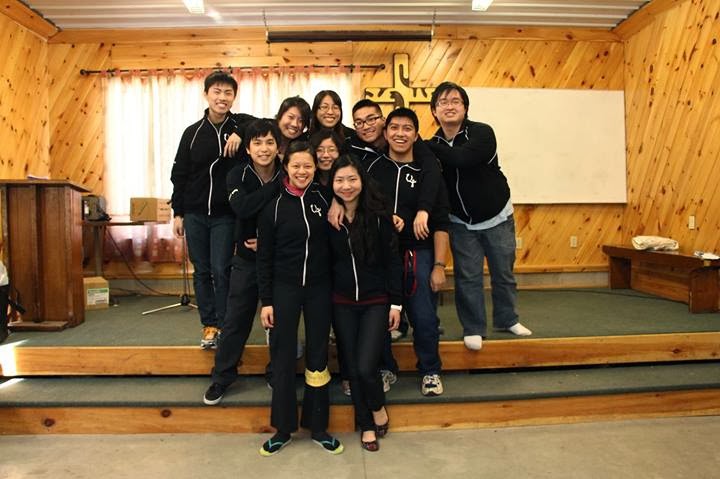 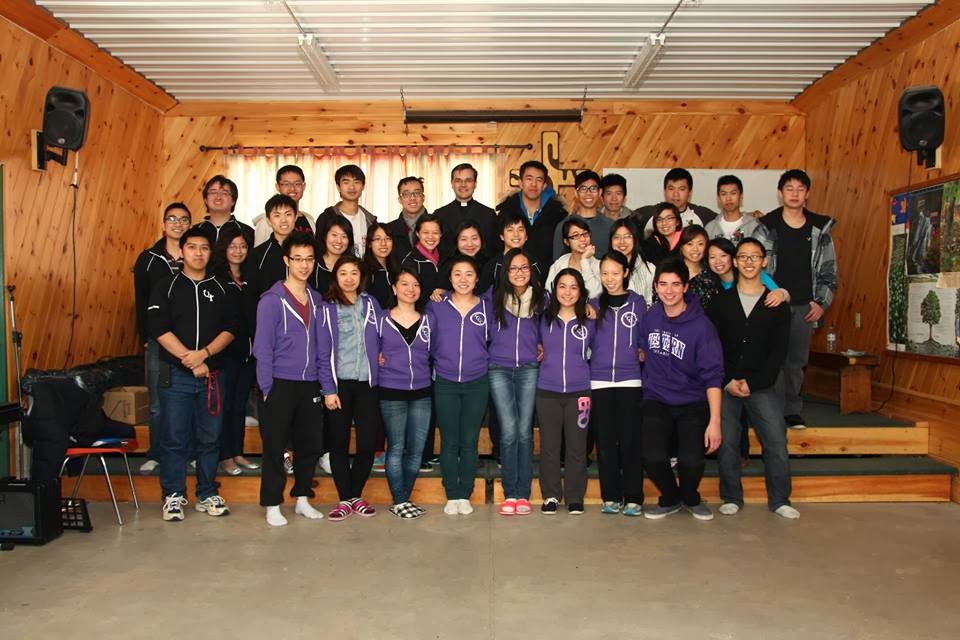