In an effort to chill and relax for the upcoming examinations, QCCC decided to host a movie night, featuring the movie The Way, thanks to the brilliant suggestion of Terence, one of our beloved alumni. The Way is a movie that talks about a father who receives the bad news that his son has died on the Way of St. James pilgrimage in Spain. On seeing his son's belongings and collecting his remains at the morgue, he decides to set off to complete the journey which his son never got to finish. On the way, he meets a group of eccentric pilgrims, including an aspiring Irish author suffering from writer's block, a Canadian who wants to stop smoking and get over her abortion and a Dutch man who wants to lose weight. They all share the joys and pains of this long journey, culminating in the celebration of a mass at the renowned Camino de Santiago cathedral. As enjoyable as it was, it was also a great reminder to us Catholics that life is a long journey; we should set our personal goals to get the most out of it, and that God has paved the road for us. It is up to us to follow this road.

For this week's Saintspiration, one of our members shared about his views on St. Albert Magnus, and we played a game of Taboo using words related to the life of this saint. He is the patron saint of students, natural scientists, medical technicians and philosophers and is one of the only 35 Doctors of the Church. Since next week's cell is Christmas-themed, it should be pretty obvious which saint will be featured next week. No prizes for guessing!

With that, we're left with one more cell, the oh-so-exciting Christmas Cell, where we get to meet alumni and indulge in a potluck and take part in the annual tradition of Secret Santa!  Check your emails because we've change the location! We hope to see you there this Friday! 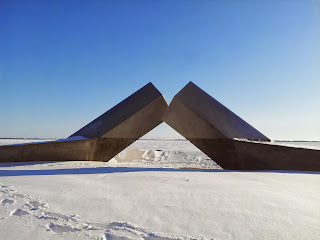 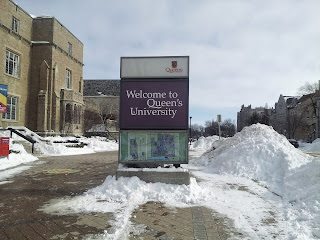 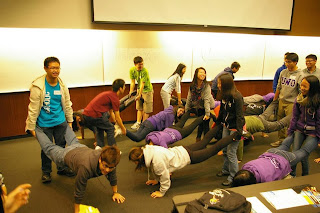 …as in Waterloo! This past weekend, QCCC made a trip to Waterloo for the annual JUCCC Local Visit. From four quarrelling families to priests preaching at bus stops, it was an incredible day to say the least! Students and alumni from McMaster, University of Toronto, Waterloo, Western, and Queen’s came together to share their faith through activities, talks, music, and friendship. We started the day off with some fun icebreakers presented to us by UTCCC. Then it was off to touring the Waterloo campus and their uncreatively named buildings, where everything is just named after the subject department (where’s the fun in that?) Despite this, everyone had a lot of fun seeing the campus main attractions, which included their geese. These geese could really give our Kingston squirrels a run for their money. 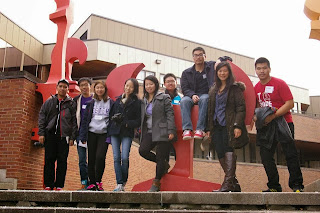 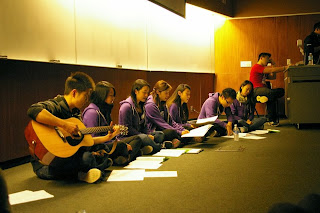 After lunch, QCCC hosted a new and improved version of family feud. Family Won, Family 2-2, Family Lumber Tree, and Family Ching-Chong pitted their wits against one another to solve answers to questions like the most common names in the Bible and things men talk about that women pretend to be interested in. Father O’Mahony gave an inspiring talk about Pope Francis and we all learned that there was a chance the Pope could be calling any of us up just to say hi. MCCC led the Bible sharing portion of the day, giving us a chance to reflect on the things that we had learned throughout the day, and what we could bring with us to our CCCs back home. LCCC ended the day with singspiration, where everyone joined in song and music to praise and thank God for bringing us together for the day.

Thank you to Waterloo for hosting Local Visit this year and all the CCCs for their effort in making this possible. If you missed this year’s Local Visit, don’t sweat it because our JU Retreat is coming up in February next year! Make sure you don’t miss out on this chance to meet some truly amazing people! 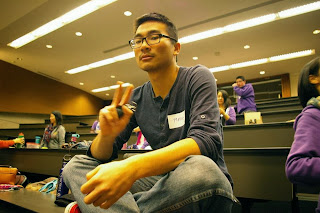 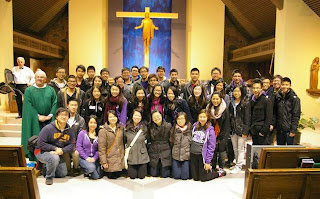 Two households, both alike in dignity,
In fair Kingston, where we lay our scene,
From ancient grudge break to new mutiny... 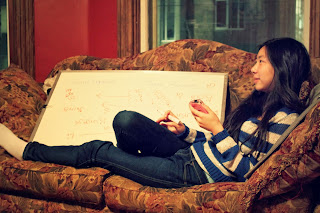 Team Lightbulb and Team Rocket participated in
a heated game of Family Feud as they showed off their general and Biblical knowledge. Turns out some of the "most common" answers aren't the ones we expect!  The game quickly escalated as opposing teams stole points from the other team, up until the very end. The two teams finished close, but Team Rocket took home the winning title with only fifty points more. This fun-filled activity reveals to us that we may not know the Bible as much as we do, or perhaps we are a bit rusty and need to catch up on some readings. It is important for us to understand the messages of the Bible, because we often need to defend our faith, share with others God's love, and talk to those who are on sitting on the fence of their faith. 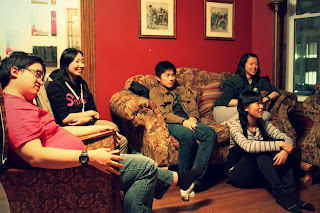 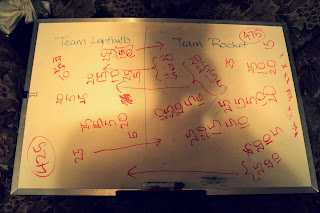 We were also very fortunate to have an alumnus visit us and join us for cell! We invited Paul Tam to share with us the ongoing issues the Chinese Catholic Evangelization Ministry is facing. We continue to pray for a peaceful resolution between the Catholic ministries in Toronto. 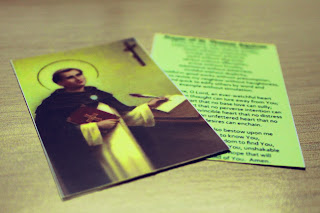 The life of St. Thomas Aquinas was presented through a game of Pictionary. With the solved puzzles, we put together bits of information to form the story of this saint who devoted his entire life to God. He was an intellect and one of the most well known philosopher and theologian of his time. St. Thomas Aquinas is known as the "Angelic Doctor" (not a medical doctor, but a Ph.D) of the Church because of his influential teachings and writings about God. As exam season is quickly approaching, we ask for this patron saint of all students and universities to pray for our studies. 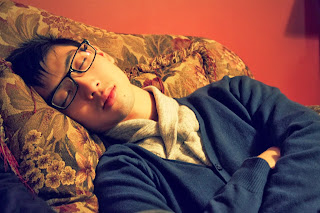 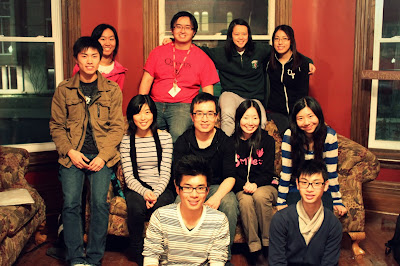