QCCC sent its delegates to the JU Winter Retreat, which took place over the Family Day long weekend this year at Fair Havens Ministries. We were particularly excited this year because the invited guest speaker was none other than the fantastic Fr. Shawn Hughes, the pastor of St. Mary's Cathedral in Kingston, QCCC's hometown.

Fr. Shawn's theme for the retreat was the Theology of the Body, which was originally taught by the St. John Paul the Great during his 129 audiences at the Vatican in the 1980s. He touched on topics relevant to young adults, including marriage, celibacy and family planning, among many others.
Of course, a JU Retreat is never complete without a night of Eucharistic Adoration in the chapel, accompanied by the beautiful voices of the MCCC choir and Michael the pianist. They also contributed their voices to Singspiration and the three daily masses. Kudos to them for their efforts. 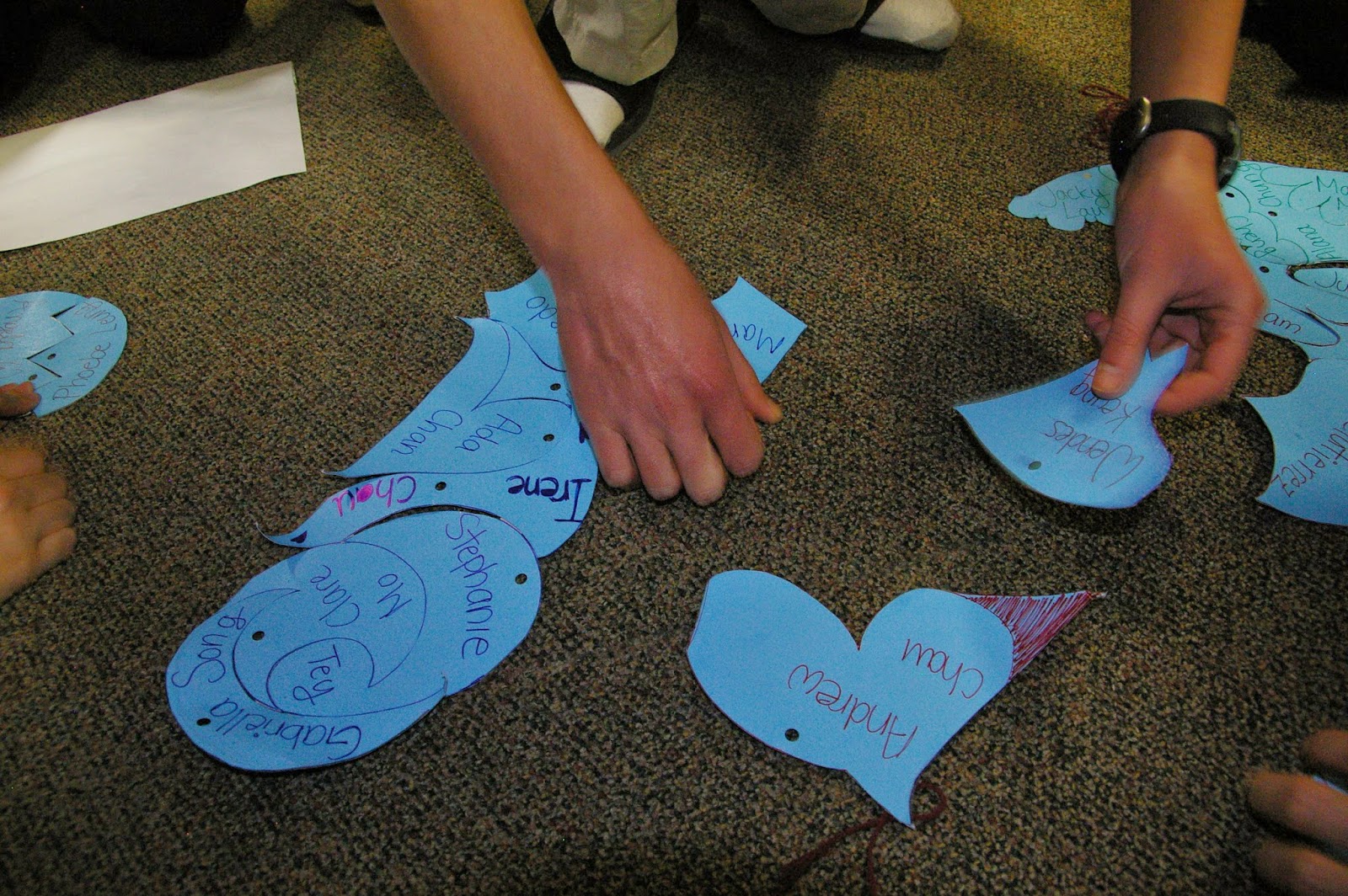 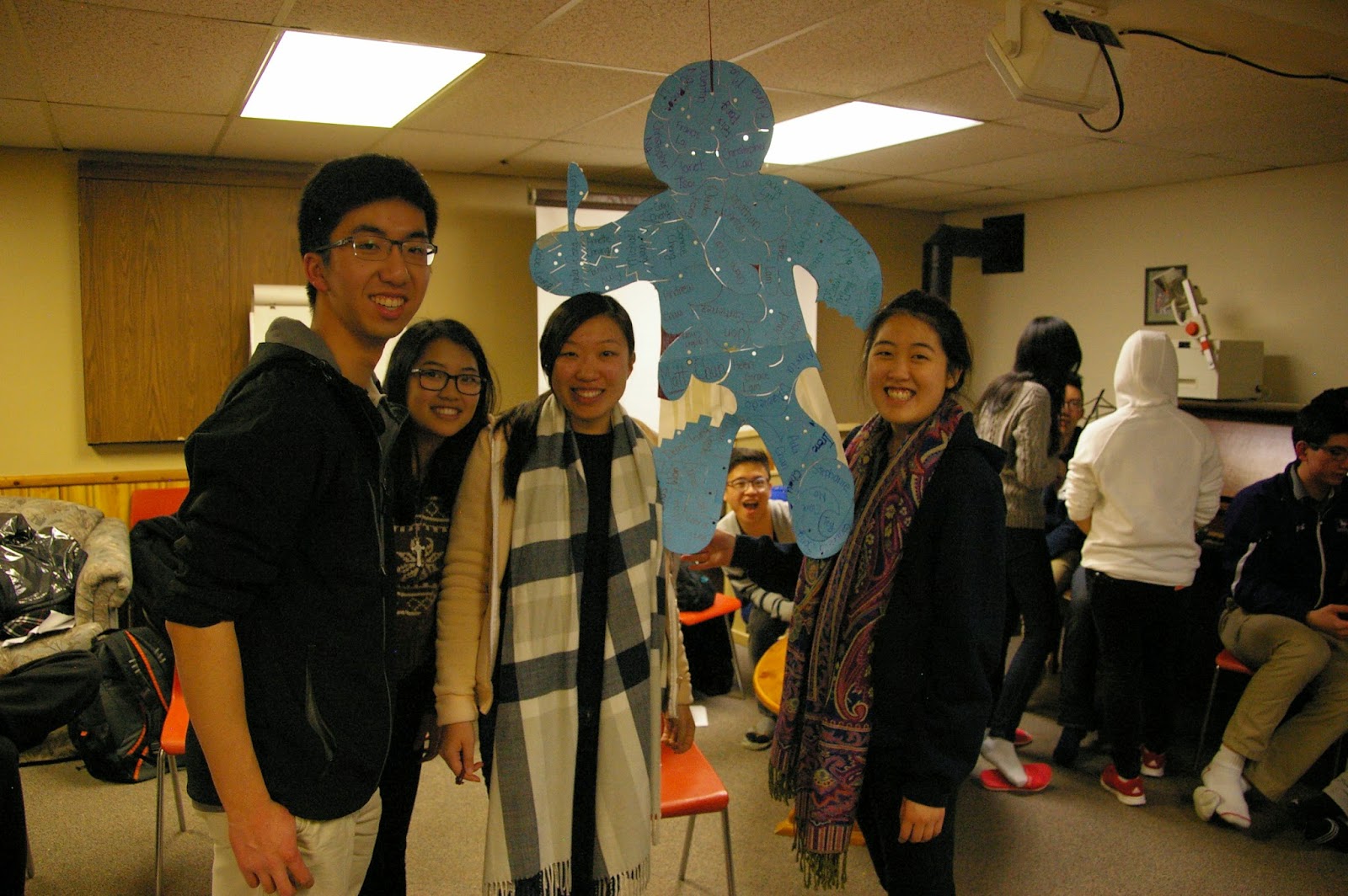 This retreat was made even more fantastic by our unique nametags. What's so special about them, you might ask? The nametags all form puzzle pieces, which joined together to form the "JU Man". Unfortunately, due to some of our day visitors leaving, the JU Man was never fully completed, although pictures of the near-complete JU Man do exist. 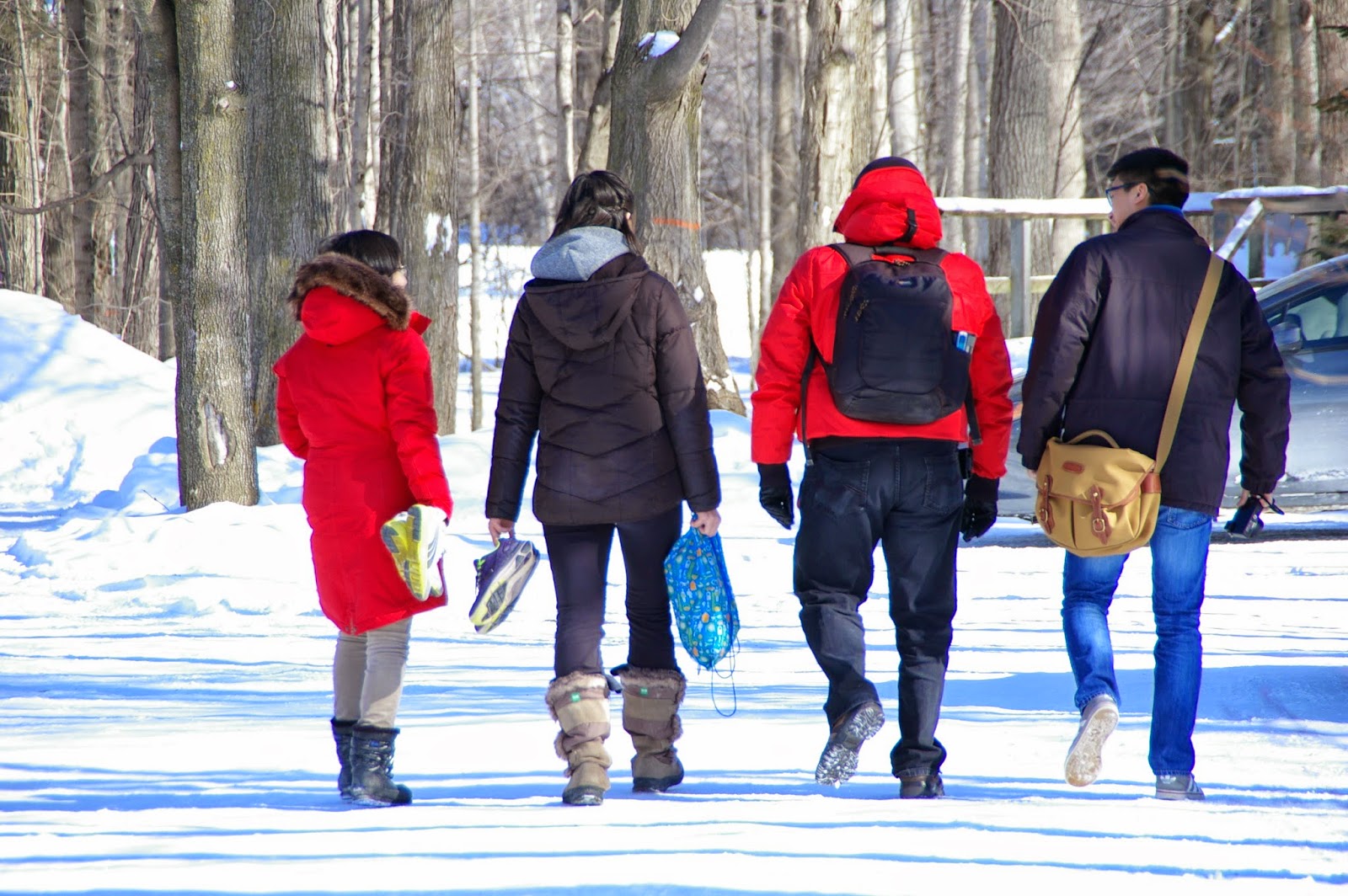 The JU Retreats are always good ways of putting Christianity into perspective without the distractions of daily life and schoolwork. If you haven't been to one, I strongly recommend you join us next year! 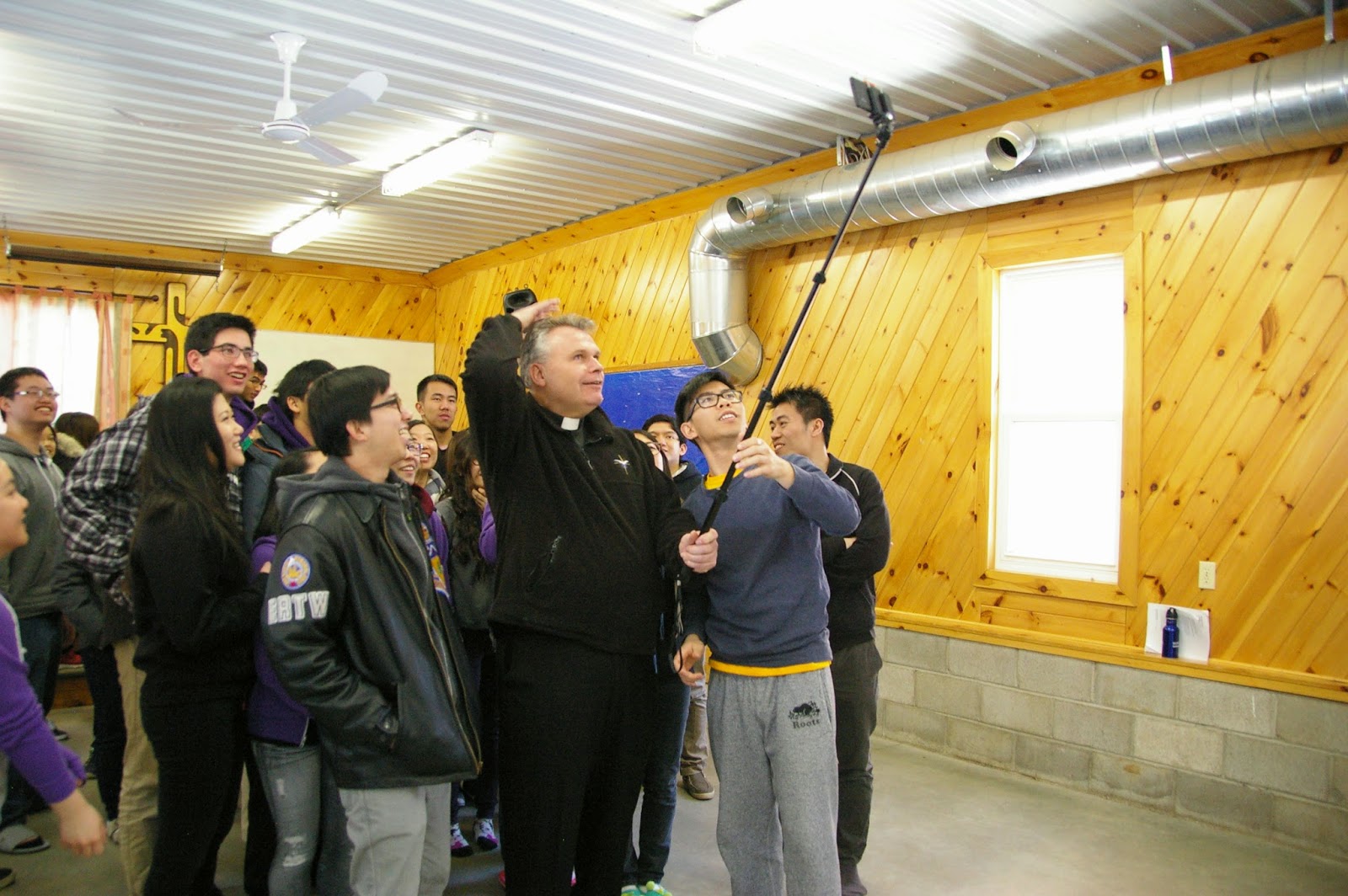 As always, we thank God for allowing this retreat to be a fruitful experience. Yours truly is also particularly thankful that the mechanic arrived promptly after his car's battery gave up on him in the cold weather!