Let There Be Light!

It was a night of spectacular lights and bizarre food combinations as our QCCC cell last Friday took us down a journey of unforgettable...taste bud sensations? 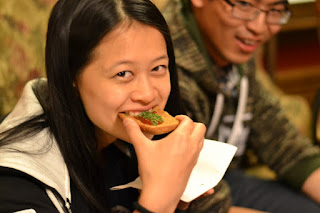 We started off the night with "the toaster game", where we put a slice of bread into a toaster and gathered around to answer a series of questions. If the toast popped up while someone was speaking, it meant drawing two random toppings from a bag and putting it together on your toast. Yum. Except people ended up with peanut butter and cheese, frosted flakes and ketchup, balsamic vinegar and bacon, honey and herbs...yikes. 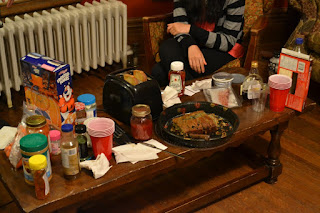 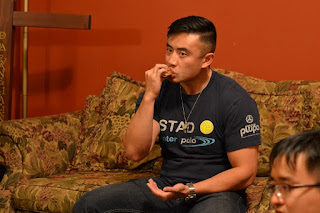 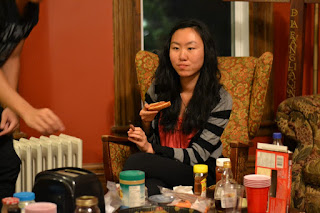 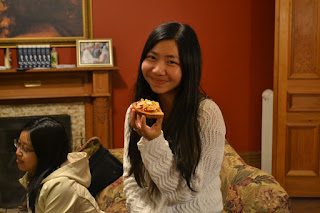 Aside from discovering some surprisingly delicious combinations (you might want to try peanut butter and cream cheese), we learned some interesting new things about one another—our favourite spot in Kingston, family traditions we would like to pass on, the strangest thing we have on our desk. After stuffing ourselves with bread, we went out on Tindall field for some phone light pictures! We braved the cold for the sake of art, and created some contemporary masterpieces. 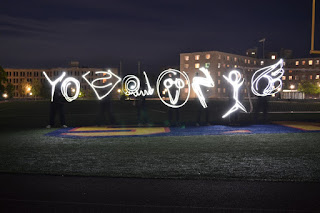 Just in time too, because later on in the night we learned about St. Lucy, the patron saint of the blind. The name "Lucy" means "light" and her sacrifice in life taught us where to find God in our darkest moments, even if we may be blind to his presence during our suffering. May St. Lucy continue to pray for us during this year ahead as we embark on this journey for Christ. Open our eyes to the light of God and the grace that comes with His love. 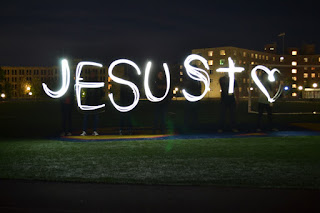 QCCC Brings in a New Year!


After days toiling away under the sun at Queen's in the Park and Sidewalk Sale, QCCC is back for another year of fun, laughter, and love. We started off the night "putting together a Rubik's Cube", as we walked around the room with six slips of paper in hand, all sporting a question in the same colour. The goal was to find people holding the five other colours and trade your slip of paper with theirs by asking the question on the paper. Only with six different colour slips in hand do you "complete" the Rubik's cube. 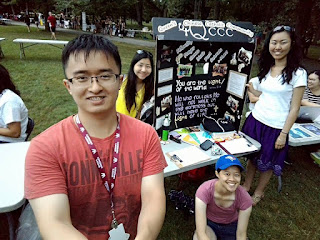 Our next activity had people on their feet, roaring like a T-Rex, crouched like a frog, pawing at the ground like a horse. Everyone wrote down the names of ten animals and then all the sheets were compiled into a bin. Each team had one minute to act out the animal they drew from the bin and try to get as many as possible. A particular love of felines led to a rather impossible acting list involving a Siamese cat, jaguar, African golden cat, lion, and the American bobtail. 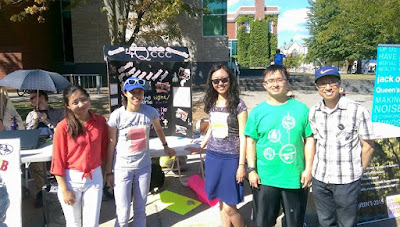 Of course, QCCC Open House would not be complete without the tradition of curry fish balls, snacks, and music! We even received surprise visitors from McMaster, a Queen's alumnus, and a University of Toronto alumnus. QCCC is an ever growing family and we're always excited to see new faces join us in our journey through Queen's. We hope that as new and returning members walk with us in this new year, they will all discover the gift it is to find a family away from home. To a new year and new friends! 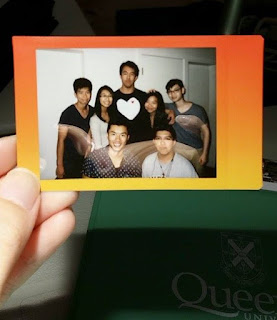 This year's Eastern Canada Chinese Catholic Living (ECCCLC), also known as Ga Tung (GT), was held during the Labour Day Weekend from September 5-7. Our campsite, Opemikon, is a Boy Scout campsite an hour north of Kingston, and boasts beautiful starry night skies, an idyllic lake and spacious green fields for outdoor activities.
The speaker for this year's GT was Father Francis Ching, who spoke about the Consecrated Life and the Laity. He gave us a thorough description of the three tenets of a Consecrated Life: Chastity, Poverty and Obedience, which feature prominently in the GT song and the lovely T-shirt design. Of course, there were fun activities that were Pokemon-themed, inspired by the name of the campsite, Opemikon.
The spiritual highlights of this camp included Taize on Saturday night and a full night of Eucharistic Adoration on Sunday night. Both events were engaging and gave campers numerous opportunties to spend some time with Our Lord Jesus Christ. Priests were also available to hear our confessions.
With as many as 150 campers attending, there are many unsung heroes that work hard to ensure the success of this camp. Spearheading the camp is the GT Committee, comprising of two QCCC grads, Stephanie and Mikey, and four members from other Catholic communities, David, Hawkins, Francis and Jennifer. They oversaw the operations of 9 working teams, covering aspects of the camp such as promotion, fundraising, first-aid, music and liturgy. We would like to thank the 30 odd working team members who spent so many hours working tirelessly to give campers an unparalleled spiritual experience.